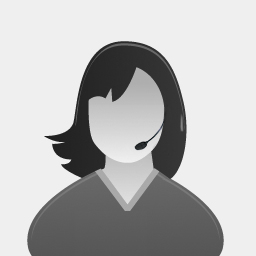 Berlin-based pianist and scholar Kelsey Walsh has been an active performer and supporter of new music for well over a decade. Her performances of contemporary works have been called “surprising and radical” (newmusic box). Ms. Walsh has performed solo and ensemble concerts across the United States and Germany, and also in Italy, Spain, France, and Japan.

In addition to co-founding After Everything, Ms. Walsh was a co-director of the San Francisco Conservatory of Music’s Hot Air Music Festival, and founding director of the SFCM student Noontime Concert series. For her contributions to the musical life of the San Francisco Conservatory of Music, Ms. Walsh was awarded the Marina Grin Award for “fine pianism, good citizenship, and selfless giving to the musical community.”

Ms. Walsh enjoys sharing the joys of music with (and stretching the ears of) the next generation through her teaching, both privately and in the Deutsch-Skandinavischen Gemeinschaftsschule and the Europa-Gymnasium Berlin. An expert on the life and works of Henry Cowell, Ms. Walsh presented a lecture and on the Cowell’s innovations in piano writing at the 1st annual New Music Gathering in San Francisco 2014, along with a performance of selections from his early keyboard works. Ms. Walsh has also written several short pieces on topics in new music for the New York based online publication I Care If You Listen, and served as the official program annotator for the SFCM Orchestra and Chamber Music series.

As a collaborative musician, Ms. Walsh has worked previously with members of the San Francisco Symphony, the Bay Brass Ensemble, the Mesopotamian Symphony Orchestra, the Peninsula Symphony Orchestra, and the SFCM Orchestra and New Music Ensemble. Currently she performs regularly as an accompanist for vocalists and instrumentalists.

Besides teaching and performing music, Ms. Walsh is interested in history, builds model aircraft, enjoys cycling, and holds the rank of Shodan in the Japanese martial art Aikido. She can also occasionally be found moonlighting as a percussionist with orchestras and brass bands in the Berlin/Potsdam area.